The second round of the Colunga - COES series of talks, which unite civil society and academia, focused on the challenges for gender equality in relationships and the private space. 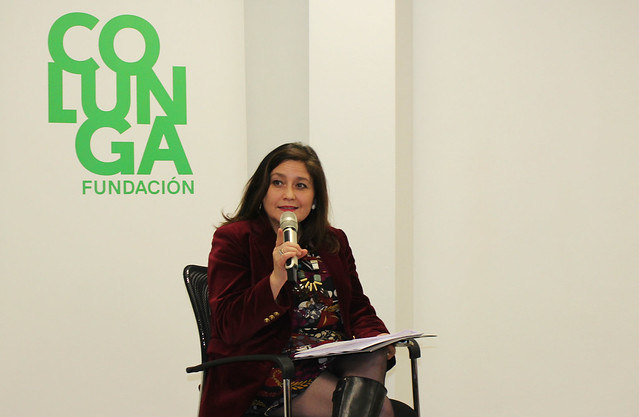 The meeting, organized by the Colunga Foundation with the support of the Center for Studies on Conflict and Social Cohesion: COES, was moderated by Alejandra Sepúlveda, Executive Director of ComunidadMujer, while the comments were made by Marcela Ríos, Coordinator of the area of governance in the Chile office of UNDP.

In the conversation, the line of research of the academic COES Dariela Sharim, on gender and intimacy, was presented, which rescues life stories, oriented to know the meanings that people attribute to gender roles in intimate relationships.

About the findings of their investigations, Dariela Sharim He concluded that "in men and women there is a fear and a kind of resistance to be inheritors of the most classic images that they carry on their shoulders. Men do not want to embody violence, the authoritarianism of their predecessor, women do not want to reproduce the subordinations they saw in their mothers, "said the coordinator of the Interdisciplinary Laboratory of Subjectivity and Social Change of the Pontificia Universidad Católica de Chile.

Marcela Ríos, from a more global view of the matter, stressed the importance of "having these discussions again, thinking collectively about what gender relations are", since since 2010 UNDP launched the report "Human Development in Chile. Gender: The challenges of equality "What we see is that there is little change in terms of what has to do with this tension of the roles of men and women in relationships," said Marcela.

For her part, Alejandra Sepúlveda stressed the need to talk about certain discriminations that are not so visible, and that "have to do with men and little permission, the little recognition of their realization in the private space of the domestic and the family. There is an important challenge that has to do with how we arouse that desire, "said Alejandra. He also presented interesting facts about GET report of ComunidadMujer, made in 2016.

The conference "Challenges for gender equality in today's Chile" aimed to promote dialogue between academia and civil society, seeking to generate information transfer, debate and experiences; and convened more than 80 people belonging to social organizations, universities and the State.