Reflections on a new Constitution

Diego Lillo, lawyer of NGO FIMAHe made an analysis of the process that Chile is currently experiencing, in addition to the national plebiscite of 2020, where citizens will determine if a new Constitution is built and what would be the mechanism to carry it out. 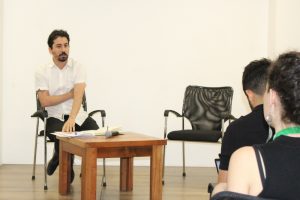 During the discussion “Interpretations and reflections on the Agreement for Social Peace and the new Constitution”, held at Fundación Colunga, the lawyer paralleled the constitutional process of South Africa (year 1996) and the current moment in the country.

In South Africa, the Constitution was changed after 300 years of racism and they did so with representation of the black population, quota of women and quorum of 2/3. “It was a process that served to give peace and facilitated the consecration of rights for black people. However, it postponed the process related to justice, reparation and inequality, ”said Diego. That is why, according to the lawyer, they are now under significant tension, which could lead to demonstrations and an eventual crisis. 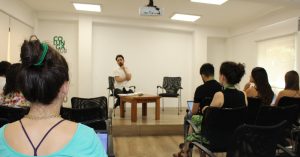 What aspects were left out of the South African Constitution?
-The lands were not restored to the black families who had been affected in the apartheid.
-The prohibitions of university work and studies were not retroactively repaired.
-Was a feeling of impunity for those who violated human rights in the apartheid, since they were offered amnesty to tell the truth.

Although we are not with a polarization as exacerbated as that of South Africa in the 1990s, the lawyer sees several challenges that “we must face in the face of these transversal demands that appeal to the dignity of people: Repairing trust, generating transparent agreements and distributing wealth to avoid what happens today in South Africa. ”

He also stressed that it is relevant to revive neighborhood meetings, generate instances of participation, reform mechanisms such as the Community Councils of Civil Society Organizations (COSOC) and compensate for the years in which we have not had civic education in schools. In this regard, it recommends reading the UNDP report, "Mechanisms of constitutional change in the world", published in 2015.

Regarding what cannot be left out of the Constitution, the lawyer highlighted the necessary deprivatization of water, since there is currently a decrease in this resource in the basins and if the same model is followed this could affect the population. Product prices may skyrocket, if the cost of water use is incorporated into processes, which could lead to poverty, segregation and migration.