On Wednesday, January 17 will be held in ColungaHUB the conversation Bullying Only thing of children? which will feature the presentation of the research "Inequality of income, school violence and school performance" of COES academics Dante Contreras and Alvaro Miranda.

The conversation panel will be composed by Rodrigo Bassaletti, Researcher and Advisor of Paz Educa de Paz Ciudadana; Ximena Bugueño, Chief Division of Promotion and Protection of Educational Rights of the Superintendency of Education; and Miguel Cillero, Ibero-American Center for Children's Rights (CIDENI). The moderation of this activity will be in charge of Jorge Varela, academic UDD.

This activity, which will start at 5:15 p.m., is open to all audiences and has no admission cost. 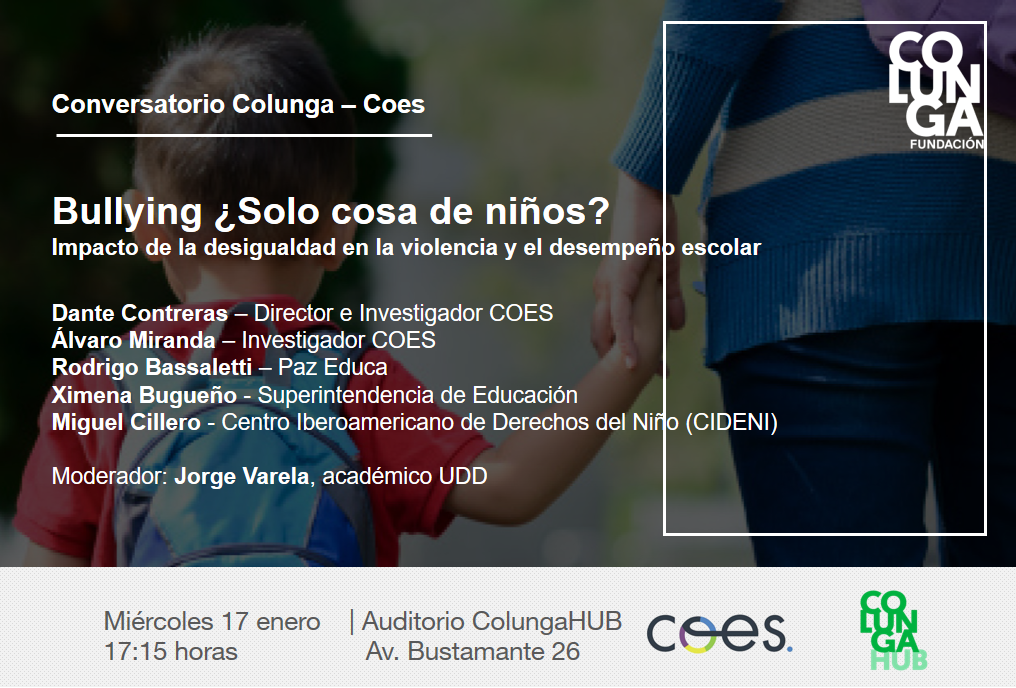 With the aim of encouraging the debate between civil society and the Colunga Foundation academy and the Center for Studies on Conflict and Social Cohesion (COES), during 2017 a series of talks on relevant topics for national public policy was carried out: Sename crisis; Gender equality; Citizen demands and social movements Y Multiculturality in the classroom.