Looking ahead of poverty

On this Day for the Eradication of Poverty, we talked with the América Solidaria and Superación de la Pobreza foundations about the figures that show the harsh reality of child poverty in Chile and the new poverty that afflicts our society.

According to the 2017 Casen survey, multidimensional poverty that analyzes five areas (education; health; housing; work and social security; networks and social cohesion) affects 20.7% of the population in the country, equivalent to 3,530,889 persons. Based on these data, the Childhood and Adolescence Observatory prepared a new version of its annual report Childhood Account, where they analyze situations of vulnerability that affect children and adolescents in Chile. 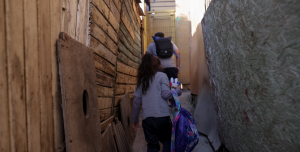 A worrying fact, spread by the newspaper Third, is that 8 out of 10 children live in households that have a per capita income below the national average, which the researchers estimate at $ 297,876. And if we talk about multidimensional poverty, 22.9% of children and adolescents fall into that category.

“While we have made progress in some things, we continue to maintain a large number of children living in poverty and that is very unfortunate. On the other hand, new poverty appears, for example, the UNICEF report on child violence that says that 70% of children in Chile declare having suffered some type of violence. Also, situations like those experienced by children in Puchuncaví, such as inhabiting a tremendously polluted space, ” Tomás Reyes, Executive Director of Solidarity America Chile. 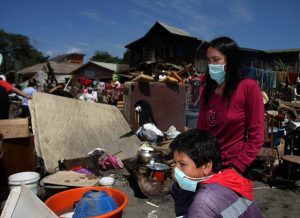 About the new poverty also speaks Catalina Littin, Executive Director of Foundation for Overcoming Poverty Y Country Service, especially those that have as a cause the climate crisis: “In our country they have been the rural communes, the first communities affected by this crisis, they have endured the alteration of their ecosystems, where people had to change, by obligation, their ways of life and work ”. What is the role of civil society in this scenario? “Civil society has an unavoidable responsibility in the face of the new poverty that will continue to cause this crisis: to collaborate in adapting the communities to the new and complex scenario, co-creating solutions and agreeing on positions. Ultimately, it is about working together with the communities in the construction of an inclusive and sustainable development ”, concludes the Executive Director.

But how to generate changes in a country with such inequality? Arturo Celedón, Executive Director of Fundación Colunga, emphasizes networking: “We will only achieve sustainable development and equal opportunities through the coordination of the public and private worlds of our country. We have set out to be a relevant actor in facilitating these conversations and, above all, promoting systemic change through social innovation, the incidence and strengthening of civil society in childhood issues, because children can no longer wait ”.

In seven years, Colunga has supported more than 120 organizations that work collaboratively, benefiting some 25,000 people in vulnerable situations. We look at poverty as "a phenomenon of the conditions that human beings face and that prevent them from full development, strongly limiting their freedom and the possibility of integrating into society", taking as reference, among others, the definition of the Commission for Poverty Measurement.

That is why, so we will continue to work with civil society and with the various actors in the ecosystem, because poverty has different faces and complexities that challenges us to look them straight ahead and act.