Digital technology has transformed the world we live in, affecting young people and children, who are especially vulnerable to this revolution that encompasses risks and opportunities.

One in three internet users in the world is a child, and young people represent the most connected age group, as UNICEF has pointed out in the report “State of the World's Children 2017: Children in a digital world”.

These figures represent a potential for social innovation for children, providing new opportunities to learn, interact and be heard. As the document indicates, it is a significant contribution to achieve Objectives for Sustainable Development (SDG) that the UN has set for 2030, how to end poverty and expand educational opportunities. 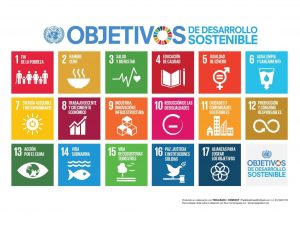 However, access to technology has also become a dividing gap, mainly for the most disadvantaged. Globally, UNICEF notes that there are 346 million children who do not have access to digital technology and almost 3 in 5 children in Africa are not online, compared to 1 in 25 in Europe.

The UN has warned that technological advances are increasingly concentrated in a few companies and countries, leaving developing nations lagging behind, which will lead to more and more difficulties in achieving equitable and sustainable development in the world.

What is happening in Chile?

The outstanding researcher at the University of Chile and social innovation expert, Teresa Matus, has been able to observe this gap in the Sename residency model. It is emphatic to note that the pedagogical function of the residential model is obsolete: “It is as if it were from the 19th century. It is contrary to what the UNICEF Secretariat of Innovation promotes. We are increasing poverty, in terms of subtracting children from all pedagogical influence based on technology. ”

On October 3, the Chilean Chamber of Deputies dispatched the second constitutional process on bill which seeks to incorporate a pedagogical model of digital education in the basic and medium curricular meshes.

Within the framework of the project discussion, Education 2020 - an organization that is part of the Colunga network - has played an active role in presenting 5 proposals urgent to move towards this goal. Within them, one of the basic conditions is to guarantee access to technology and equipment. According to statistics from the Undersecretariat of Telecommunications as of December 2017, 12.6% of households still did not have access to the Internet because they had fewer resources.

Nicole Cisternas, director of Education Education Policy 2020, says: “We have already said it: The world has advanced, but our country and in particular, the education system has lagged behind. It is time for Chile to have an education strategy for the digital age. ”