The Ibero-American Center for the Rights of the Child (CIDENI) held an international conference together with expert academics in determining sanctions for young offenders.

For months, CIDENI worked with academics from Mexico, Costa Rica, Peru, Spain and Brazil, to know the situation of these countries, in relation to how sanctions are determined to young people who have committed a crime, what are their criteria and associated standards .

These experiences were presented at an international conference that included the participation of specialists from these five countries, representatives of different public entities linked to the Chilean criminal system and the principal investigators of CIDENI, Jaime Couso and Miguel Cillero.

"The question is whether the system is capable of condemning those who break the law, of integrating people who are 15, 16 or 17 years old into society and not simply forgetting them in prisons. In CIDENI we work to generate knowledge and practices that serve precisely to improve policies, legislation or programs aimed at children, especially the poorest of our countries, "he says. Miguel Cillero, President of CIDENI.

"We tried to be super strategic in the invitation, we did not want this to be a hyper academic instance, but also to have an impact, which is what CIDENI seeks, to reach public policies and legislation," Ester Valenzuela, Executive Director of the center.

This conference and alliance aims to generate the bases to build a model regulation in Latin America in adolescent criminal matters, which is a reduction of the Convention on the Rights of the Child. "The Convention is tremendously virtuous. Next year marks 30 years of its creation, however, in terms of juvenile criminal responsibility, it has weaknesses. There is a lack of greater clarity and depth ", explains Ester. 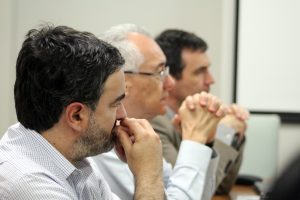 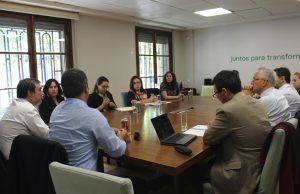 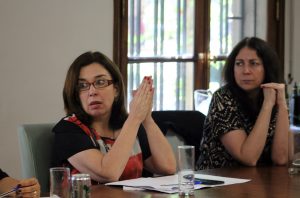 The final document, which will be made available to judges and justice operators, is scheduled for mid-next year.