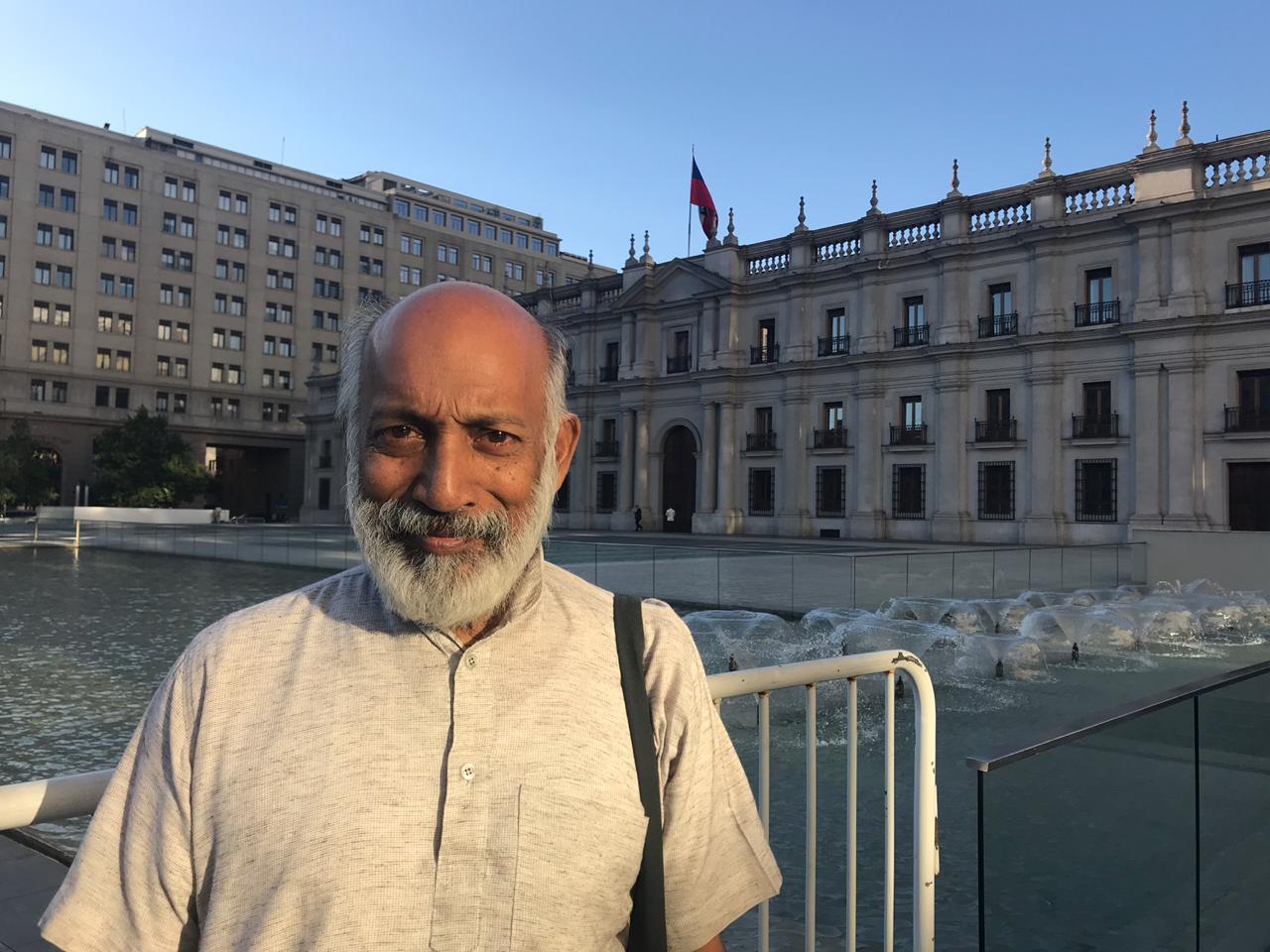 Who? A renowned international activist for children's rights, expert in Sociocracy and leader of the United Nations for his work in organizing more than 100,000 "neighborhood parliaments" in his home country. A priest who has generated very innovative methodologies to work with children and that provides keys for what we might need in Chile.

For that reason, the Colunga Foundation and América Solidaria, played it to bring Edwin Maria John. From Tuesday, November 20 (and for three weeks), an intense activity program to mobilize Chilean society towards improvements in childcare, social participation and dialogue and advocacy processes between civil society and public policy.

Maria John's visit includes activities such as: Sociocracy training workshops, talks about her experience in creating Children's Parliaments, conversations about her work aligned with the Sustainable Development Goals, meetings with representatives of the public sector and organizations of civil society working on childhood issues, field visits of Chilean experiences of working with children, among others.

A few hours after landing, Edwin joined the organizing team for his visit, as one more. The same that is part of  Neighborhood Community Network (NCN), and now has a special consultative status with ECOSOC of the UN, has wanted to be present in the different circles of collective preparation that have the different activities of these weeks.

The participation in "circles", with which the Sociocracy is applied -and with which the preparation of this visit has been worked-, is a methodology of dialogue, transparency, where one believes in making decisions by consent, one bet for collective intelligence, and could be effective for the crisis of confidence that is experienced in Chile.

Edwin has led a movement in India that brings together more than 200,000 girls and boys organized at the neighborhood level and federalized at different levels (locality, town, city, state, country), with real political incidence. These parliaments have achieved great achievements, from stopping child marriages, reintegrating girls and boys to schools, health campaigns, building bridges, among others.

The arrival of the international leader coincided with the premiere of the documentary "The Price of Free", in the National Cinematheque, where the fight against child labor and slavery is shown, led by his compatriot and 2014 Nobel Peace Prize winner, Kailash Satyarthi. Thus, synchronously, the reality that Maria John brought from her country reached that of our lands.

The activist had meetings with authorities of the Undersecretariat of Culture, various foundations, the mayor of Recoleta, Daniel Jadue, the presidents of Fundación Colunga, Esperanza Cueto, and América Solidaria, Benito Baranda, among others.

"If children can do it, adults too," is one of the phrases that is heard, in English, to Edwin when he exhibited, in ColungaHUB, before the main organizations that work with children (among which were representatives of Sename , Maria Help, Corporation Option and the Observatory of Childhood and Adolescence, among others). They were challenged and concrete agreements were reached such as creating a table for children's participation, conducting a pilot with children's parliaments using Sociocracy and dreaming of an observatory on the subject. 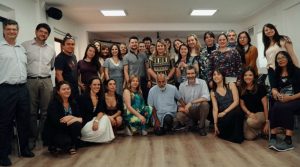 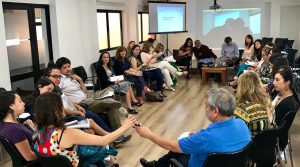 With that impulse and magnetism, Edwin Maria John shared, at another time, her experience with the Children's Ombudsman. The international leader generated an inspiring meeting to increase the participation of children in public policies. And the intention of the institution is to get involved in what is gestating ... 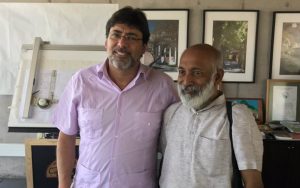 Today, Chile and Latin America face new development challenges, among them the crisis of the childhood protection system, the environmental crisis and the need to face new demands of traditionally excluded social groups. That is why Fundación Colunga and América Solidaria want to accelerate innovation processes that underpin these changes, facilitating access to learning in child participation and management of organizations for the transformation of our society.

And Edwin Maria John clearly knows how to make a #take together to transform.