The Sustainable Development Goals (ODS) are a universal call for action to end poverty, protect the planet and ensure that all people enjoy peace and prosperity. Responding to this challenge is that Colunga Foundation, Colab UC, Corfo Y About Networks they met with Edwin Maria John, recognized international activist for the rights of children and promoter of Sociocracy, to reflect on the current state of social innovation and the future that they glimpse in this area.

These organizations are developing the project Innovation 2030, whose mission is to boost the impact of innovation and social entrepreneurship initiatives in Latin America, aligning them with the 2030 Sustainable Development Goals. In this way, the commitment of the 2030 Agenda is to leave no one behind and take individual efforts to multilateral challenges.

How is it possible to create more sustainable futures? Edwin's experience is remarkable in this regard. He has worked in the organization of more than 100,000 neighborhood parliaments in India and led a movement that brings together more than 200,000 girls and boys organized at the neighborhood level and federalized at different levels (town, town, city, state, country), with political impact real.

He began his work in Kerala, a state in the extreme south of India, where the neighborhood organization generated the empowerment of women and in turn accommodated those voices that were silenced. Edwin explains that the best way to solve the problems of the neighborhood is through the organization, where the decision-making process is permanent and effective, from its bases. In that same state (the smallest in India, but twice as big as all of Chile) began to work with the Children's Parliaments in neighborhoods and schools. Both have advanced in this matter, which currently have a First Minister for Children (only 13 years old and with visual impairment) at the national level, which he has been able to exhibit even in the United Nations.

Parliaments are governed by five principles: principle of smallness (where small circles allow everyone to be recognized), principle of numerical uniformity (so that all parliaments, of all levels, are of the same size and where there are no nations more important than others),  subsidiarity principle (so that the decisions are made from the lowest possible level, and the problems of the level are resolved at the corresponding level), revocation principle (right to change your representatives at any time) and principle of convergence (to generate a collective feeling). 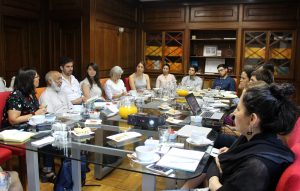 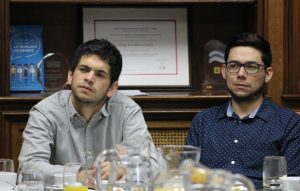 In that sense, the social innovation what stands out Edwin is this new way of governing, with focus on small organizational structures, because: "Large structures only serves people who want to dominate others," says the international leader. The social innovation is in the bases. Gradually a culture of respect and acceptance is created.

The Sociocracy is a methodology of dialogue and transparency, where you believe in making decisions by consent and is committed to collective intelligence. It is currently integrating this methodology in neighborhoods, so that the world becomes a more equitable, participatory, cohesive, inclusive, empathetic world ..., where everyone feels recognized. 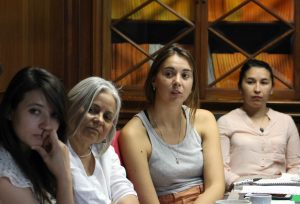 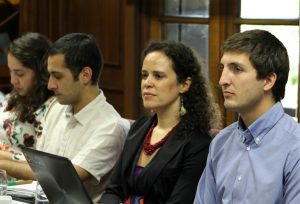 How do you think the world would be if we were all organized in this way? asks Edwin Maria John. Some of the answers that emerged speak of a hopeful future:

A meeting that inspires to think our organizations, neighborhoods and communities in a different way, to think about that future that we want to have as a society. "If you know where you are going and you have the determination to get there, the whole world will let you through," concludes Edwin.