Why is it urgent to address children in situations of migration? This was the initial question of the conversation carried out by América Solidaria "Migrating as a child: Challenges for America" at Fundación Colunga, which allowed us to reflect on the reality of children and adolescents who have left their country of origin or who are children / as of migrant people. Today on International Migrants Day, we reinforce that question.

A few days ago the death of Jackeline Caal, a 7-year-old girl who arrived at the United States border with her father, from Guatemala, and who were arrested in New Mexico. The girl died on December 7 when she was in the custody of the US Border Patrol. UU., Which has generated a series of alerts regarding the treatment of immigrants and the lack of guarantee of rights that children have in this situation.

From this case, Benito Baranda, Executive Director of America Solidaria, explained some consequences that migration has on children who live that experience: "The person who migrates in childhood does so at an extremely important age of development, when he is building his identity. It is a highly sensitive moment for life. Being aware of the period of life also allows us to understand the impacts it is having on them and on them, "he said. One of those consequences is the break with their own identity, an effect that must be considered so that the person can be included in society from their wealth and not from the denial of their origins. "One of the first breaks is family and cultural," Benito emphasized. 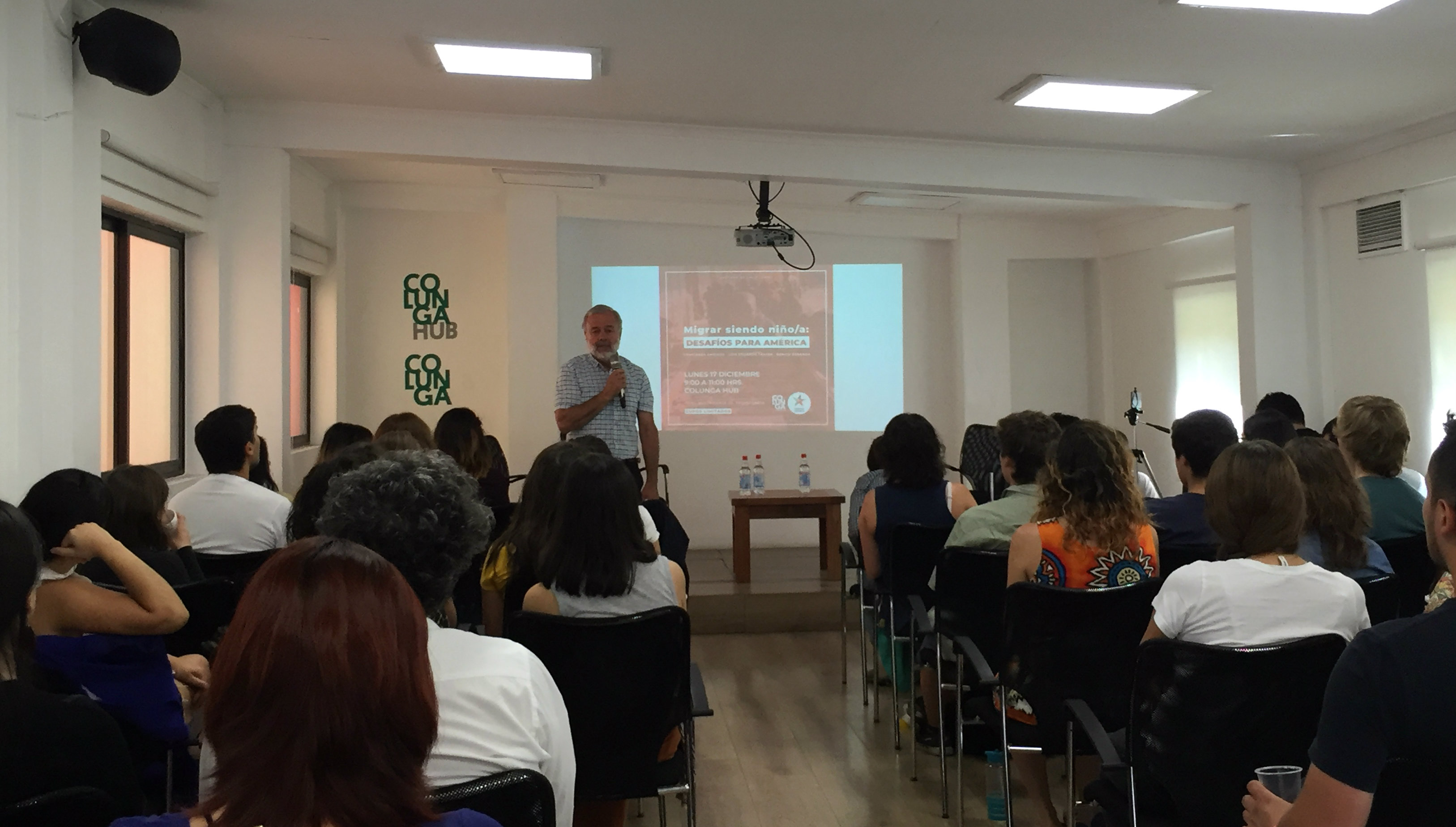 At present 31 million migrants are children and adolescents, that is, one out of every 70 children in the world is in this situation, according to figures given by Constanza Ambiado, Executive Coordinator of the Chair of Racisms and Contemporary Migrations of the University of Chile. She reflected on the situation of the children and adolescents who are the children of immigrants, who are born in the place of destination. "One of the main challenges for these children is the debates regarding their immigration status, their citizenship status and their cultural identity. In the end, their identities are always in doubt, "said Constanza.

Finally, one of the great challenges to be solved in the national context is that "the absence of protection policies for migrants affects the quality of life of children and adolescents, for example, poor housing, poor diet, health problems, poor wages, all that makes them live situations of violence, "concluded Constanza.