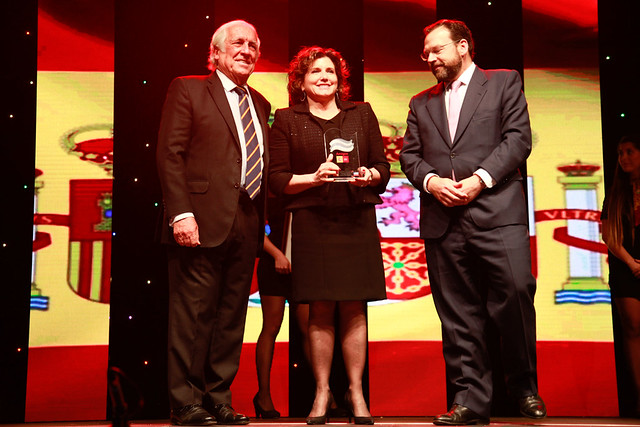 "As a family we are very honored to receive this important distinction, which is a recognition of the perseverant work, in these years, of the Colunga Foundation. Our Spanish origins are very present, so it is a prize that the family receives with great joy, "he said. Esperanza Cueto, President of Fundación Colunga, and added: "It also commits us to continue working, together with civil society, in promoting capacities and opportunities for the most excluded people in our society."

Arturo Celedón, Executive Director of Colunga, points out: "In Colunga we are advanced in developing new investment models to give an effective response to the challenges in child poverty and quality of education. This recognition shows us that we are on the right track ".

Since its inception the prize "Friends of the Brand Spain"He has presented the award to more than 40 personalities in nine different countries, from Mexico, the United Kingdom, to Dubai, among others. It was held for the first time in South America, as part of the Annual Dinner of the Spanish Official Chamber of Commerce of Chile (Camacoes), and also distinguished the former President of the Republic, Ricardo Lagos, the Spanish astronomer, Fernando Comerón, and the Spaniard Miguel A. Torres, president of the Viñedos y Bodegas Miguel Torres. The award ceremony was chaired by the High Commissioner of the Government for the Spain Brand, Carlos Espinosa de los Monteros, the highest representative of this institution and attended by more than 400 national and Spanish personalities.