The campaign #JuntosPorChile has begun its second stage, where it seeks to raise 1,000 million pesos to build two schools and a kindergarten in the towns of Constitución, Hualqui and Santa Olga, respectively.

#JuntosPorChile, the campaign led by Hogar de Cristo, exceeded its first goal of 1,000 million pesos, destined to equip two thousand homes that are in the process of reconstruction, due to the success of the campaign they have launched a second goal of 1,000 million pesos to build modular schools in three sectors of the regions affected by the fires.

Colunga Foundation has joined this campaign, whose funds will be allocated to the construction of schools, which will allow children to continue their studies, and access to the food provided by these municipal educational centers.

If you want to donate to support the construction of these schools, enter here 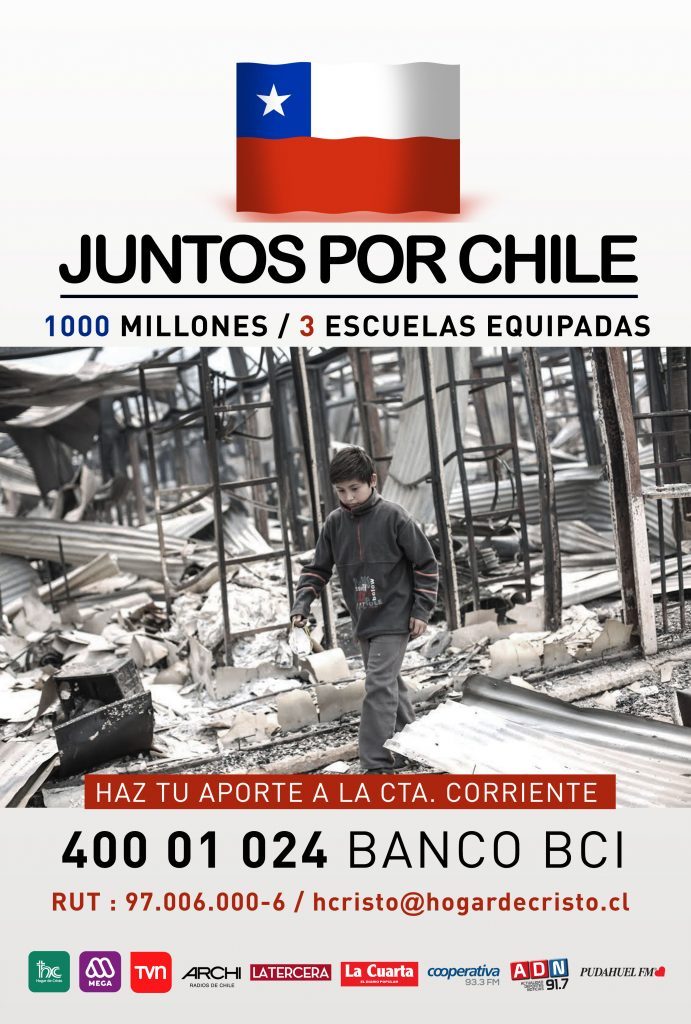 Through ColungaHUB, Fundación Colunga is supporting the # MovidosxChile campaign, which seeks to inform people who want to help the victims, because of the numerous fires that have arisen in different regions of the country. On the platform www.movidosxchile.cl You can access systematized information about where and what type of donations are needed, to help you informally.