"Hopefully, in the long term, the foundation does not have to exist"

End the symbolic violence in the school classroom, breaking down stereotypes and gender roles, is the purpose of Fundación Niñas Valientes. Emilia Vergara, its Executive Director, tells us in detail the work they are doing. 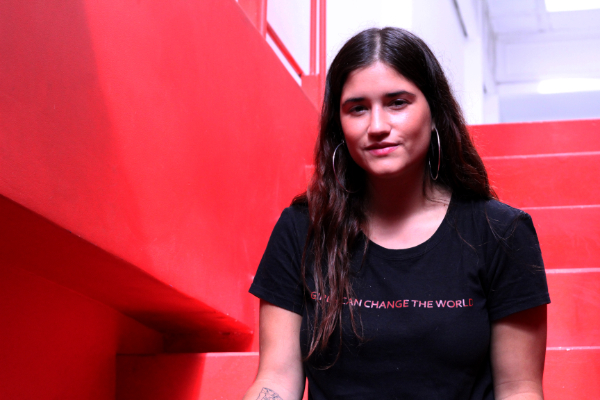 How did you get to civil society?

I have always had the initiative to give part of my time and my knowledge to society. I never saw myself outside of that. My practices had a lot to do with projects that contribute to it, such as Algramo, which is an enterprise that works with neighborhoods and the environment.

Professionally, this is my first job. I had the need to work on something I would contribute from feminism. I was already participating in volunteering in the collective The Rebellion of the Body and, in that, I join with Nerea de Ugarte, who is the president of the foundation. He tells me about the idea of forming Brave Girls and we decided to take it forward.

What is the organization currently working on?

Brave Girls works in education projects with a gender perspective. We aim to eliminate symbolic violence, which is one that refers to stereotypes, gender roles and sexist language; and that determine the learning opportunities of girls and boys.

We approach this topic through workshops, trainings and talks. We give tools to girls, their parents and teachers, to grow and can build their identity in freedom. May they feel that they have the same opportunities as their fellow men, who dare to get the word out.

Today we are raising a biannual intervention program, where we work with girls between fifth grade and fourth grade. Once a month an activity is done by theme, doing a continuous work that generates reflection spaces, project proposals, among other things. 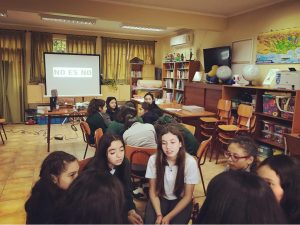 What is your biggest challenge?

There are two great challenges. One has to do with making gender issues meaningful in all schools. Although, it is an issue that has been installed at a national level, we started in a scenario where this was not talked about. We want to lose the fear of talking about gender in the classroom and understand that, just as it is important to talk about bullying, it is not enough if we do not add gender perspective.

On the other hand, we seek to consolidate ourselves as a foundation and build a financing model that allows us to get free of charge to establishments, including early childhood, from all regions. That no school is left without the opportunity to talk about these issues. And, clearly, this means being able to put together a team. Today we are two people and for this we need endless hands.

How has your experience been at ColungaHUB?

For us it has been especially good because we arrived very early in the foundation. These months have been very disorientating and here we have been able to share with other organizations that have the same questions, that share the same space. Many of us work on different topics, but there are points in common that are very large. The human group that makes up this community is super welcoming. There is always a lot of energy, a lot of support that encourages you to continue, that you can, and that is very nutritious. We are more than 300 people who are convinced that we can achieve social change. For me, that is too valuable.

What results do you hope to achieve with ColungaHUB?

In the short term, it is possible to consolidate the foundation. Put together a team that allows us to impact 7,000 girls. Let them listen to the message, in any of our activities. Hopefully, in the long term, the foundation does not have to exist. It sounds weird, but it would be great news because it would mean that the problem is solved.

In Colunga, we want to continue putting together projects with other organizations. Our goal here is to take advantage of this network that is generated and show that work, when it is contributed from different areas, acquires a much greater value and has a much greater impact.