The Executive Director of Nornsen Center for Peace and Dialoguea –organism with more than 25 years exploring the dialogue in countries such as Poland, Bosnia, Serbia, Kosovo, Afghanistan, among others– was in Chile participating in a seminar organized by the Colunga Foundation.

Alfredo Zamudio He has worked in Colombia as an advisor to the United Nations High Commissioner for Refugees. He was Director of the House of Human Rights of Oslo; Chief of Staff of the Contact Committee between Immigrants and Norwegian Authorities and delegate of the Norwegian Red Cross. He is of Chilean origin, lives in Norway since 1976, has an admirable life story and has been named twice as one of the most influential immigrants in that country.

We talked about peace and how we can use dialogue to rebuild communities: 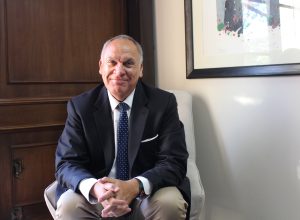 “Human collaboration is better when the social fabric is strong”

"If you exclude someone based on gender, based on their social position or origin, that is a disuse of the potential human capital they have to solve today's problems."

"Peace is not only the absence of conflict, but it is also human collaboration."