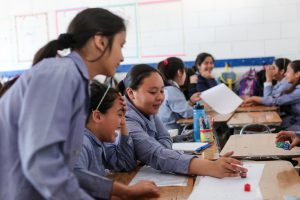 For years, the voices of academia and civil society have expressed concern about the important gender gap that exists, worldwide, in women's access to mathematics, science and technology studies.

To reduce this inequality, Chilean universities have encouraged female participation in the processes of admission to engineering careers, including the University of Chile, Catholic University, Universidad Austral, to name just a few. 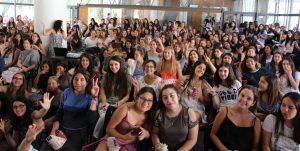 However, a recent study carried out in collaboration by researchers from the Universidad de Chile and Universidad Católica, deepened the interactions between teachers and students in basic and secondary education, confirming that it is the school system itself that moves away Girls from these fields of knowledge.

The results - measured in 43 municipal schools in the Metropolitan Region - showed that girls interact less frequently with their math teacher, which has effects on the motivation, aspirations and performance of the students, contributing to perpetuating the stereotypes of gender.

For Dr. Lorena Ortega, leader of the research, she comments: "This analysis serves to show the teacher their interaction patterns, which often have unconscious biases," he said in a article published on the website of the University of Chile. However, he clarified that, despite the general results, some significantly more inclusive experiences were also found: "This means that the patterns of sexist interactions can be modified and that it is important to learn from those more inclusive classrooms and teachers."

Also, in 2017, the journal Science published a disturbing study which warns how women learn to underestimate their own gender from the age of 6. The findings indicate that cultural stereotypes influence early, and with immediate effect, the interests of this age group. Thus, girls begin to avoid activities that are said to be for "really, very intelligent" boys.

To reverse this situation, CommunityWomen Y Girls In Tech Chile, two civil society organizations and members of the Colunga network, work intensely with the aim of modifying this reality and bringing girls closer to science and technology.

Girls In Tech Chile, through the program Ingenious, promotes the vocation of girls towards science and technology, through workshops taught in different cities of the country, reaching two thousand beneficiaries.

For its part, ComunidadMujer with its campaign Girls can, formulates proposals for the advancement in greater conditions of gender equality in education and generate actions that promote greater motivation and participation of girls and women in the careers of the areas of science, technology, engineering and mathematics.

Generation of change: Girls who dare to fight for their rights