The right of people to be heard 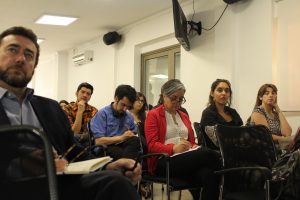 Intense weeks have marked Chile after the social outbreak that we have experienced, mainly, due to the inequality conditions that affect the country's development model. However, civil society organizations have been working on innovative projects to overcome these challenges, with a special focus on people in vulnerable situations.

With the support of Fundación Colunga, on October 9, the “New measures of satisfaction and evaluation of poverty services” was organized, organized by Hogar de Cristo and Inacap.

“The challenge is to stress Chilean society and the political world, with the direct voice of the people”, said Paulo Egenau, National Social Director of the Hogar de Cristo, highlighting the need that the institution has detected to give voice to people who are in a situation of vulnerability, with the aim of giving them the right to be heard to become protagonists of the Design of programs that are aimed at improving their lives.

One of the central guests of the day was the Spanish María Jesús Rosado, President of the iS + D Foundation for Advanced Social Research and expert in social research related to the analysis of social reality and satisfaction of users of public services. 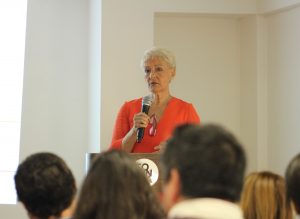 During his presentation, María Jesús deepened the right of the most vulnerable people to be heard, in order to generate a change in the look that today exists towards social services: “We must banish the concept of charity and charity, because we are talking about human rights. It is necessary to move from protectionism to freedom of expression, since what people need, people know, ”he said.

It even went beyond the satisfaction of the service, and deepened the need to also measure the context in which it is being delivered, considering the cultural environment and beliefs of people receiving assistance, since these configure the behavior of human groups. "An unfavorable environment can totally ruin a service," says the expert.

At the end, after being consulted for examples of measuring satisfaction in services with children, María Jesús was emphatic in saying: “I do not know of any program in which they are heard. Children are not being considered in the evaluation of services ”, clarifying that it is essential to give them a voice in these processes in order to generate continuous improvement. 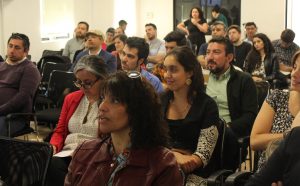