In a new meeting of the Red Colunga we have the exhibition of Dante Contreras, Director of Center for Conflict Studies and Social Cohesion (COES), on the future challenges facing the social conflicts of today's Chile. The comments were in charge of Leonardo Moreno, Executive Director of the Foundation for overcoming poverty. 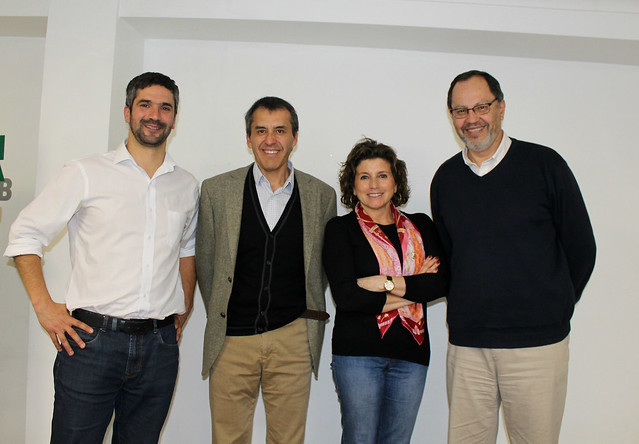 The activity was attended by more than 20 executive directors and representatives of civil society organizations belonging to the Colunga Network.

The high inequality, the low social mobility and the false meritocracy has generated a distrust in the population according to Dante Contreras. The key question is: Do all children have the same development opportunities?

"Biologically children are born on equal terms, with the same weight and measure in Chile, but according to their social class, their language is differentiated as they grow," said Director COES.

That is, we are all born equal, but this lasts a short time. The changes appear from the educational segregation and then the lack of opportunities in the cycle of life, leaving the meritocracy as a false discourse. This incongruity is what the academic of the University of Chile explains, has generated various crises of the elite, both the one we have seen in the political world and in the Catholic Church.

What is required to change this situation? A State and higher quality public policies. "The invitation is to reflect on how we articulate a new way of designing public policies that are more ambitious and more demanding," concluded Contreras.

From the civil society, Leonardo Moreno focused on the challenge of building public policies in a participatory way, only in this way can trust be restored. "Participation is an issue that has complicated us as a society and has gone hand in hand with the construction of this myth of meritocracy," he said.

It is for this reason that in Colunga we promote meetings between civil society and academia, to promote dialogue among different actors and thus generate new ideas to problems that afflict us as a society.