International Day for the Elimination of Violence against Women What are we in? 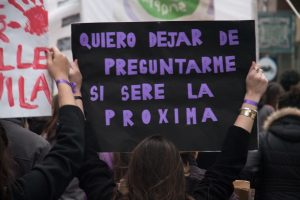 20 years ago, United Nations declared the commemoration of this day, with the aim of moving towards the eradication of violence against women and girls in their various forms of aggression, such as insults, abuse, rape and murders, which until a few decades ago were invisible in modern societies and naturalized as forms of control over the female gender, as the study points out "Femicide in Chile" prepared by the Economic Commission for Latin America and the Caribbean (ECLAC).

However, the data remains alarming globally. According to information released by the United Nations and compiled by BBC World, every day an average of 137 women around the world die at the hands of their partner or a family member, the home itself being the place where women are most likely to be killed. 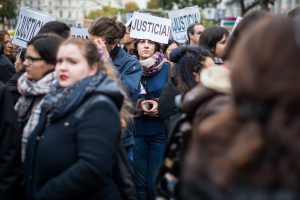 Therefore, for the Executive Director of CommunityWomen, Alejandra Sepúlveda, this date has great relevance, since “a historical inequality is recognized in the relations of power and domination of men that is exercised through aggression, femicide, loss of dignity, sexual division of labor, gender pay gap, Feminization of poverty, care burden, exclusion of power and decision-making spaces, social, political and economic inequality. ”

For Brave Girls Foundation It is urgent to make progress in guaranteeing girls a life free of gender violence, through emotional education for girls, boys and adolescents. Emilia Vergara, Executive Director of the foundation, points out the importance of setting up a national discussion around the issue, mainly because “the cases of violence against women and femicides in Chile have not diminished over time”, so it emphasizes the need to prevent since childhood: "We must give relevance to forms of symbolic violence that have been invisible for so long and are the ones that girls from so young begin to live and suffer."

Meanwhile, the bill in Chile that seeks to ensure the right of women to a life free of violence, was presented more than two years ago, during January 2017, but continues in legislative procedures. Its current state of progress corresponds to the Second Constitutional Procedure in the Senate with simple urgency.

Meanwhile, civil society organizations continue to work day by day in the prevention and eradication of violence, to achieve the deep desire to transform the reality in which thousands of women and girls live.