From migration to social mobility: Chileans and Chileans gave their perceptions in front of diverse themes

The data of the public opinion survey "Chileans and Chileans today: challenging prejudices, making the discussion more complex", carried out by Espacio Público and Ipsos, during the year 2018, were presented to the executive directors of the 49 organizations that make up the community ColungaHUB. 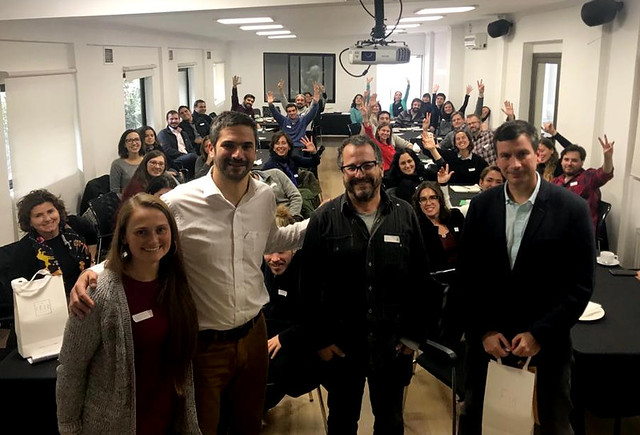 The study was developed through the application of face-to-face surveys in homes to 1,003 people over 18 years of age in the main urban centers of Chile (Valparaíso, Viña del Mar, Concepción, Talcahuano and Greater Santiago). The sample obtained was 523 people in Santiago, 240 in Viña del Mar and Valparaíso and 240 in Concepción and Talcahuano. Of the total of the respondents, 51% correspond to men, 49% women and 4% are foreigners.

Migration, social integration, education, health, democracy and social mobility are the themes in which they gave their opinion and whose results were presented by Mauricio Duce, Executive President of Public Space, and commented by Patricio Fernández, Director of the same entity.

Arturo Celedón, Executive Director of the Colunga Foundation, stressed the importance of this body: "This space is for dialogue and reflection on the reality of the country and to see the different challenges we face as a civil society. We want to contribute to the enrichment of your daily work, with access to the research that is happening today. "

The results of the survey were divided into chapters:

"The origin of our survey was to know what people think, what their real concerns are, beyond the political paraphernalia that seeks easy slogans rather than deep reflections on how our society should continue to grow," he said. Patricio Fernández, Director of Public Space.

Figures that give us a broad panorama of the concerns and needs of the Chilean and migrant population, and that will undoubtedly support the challenges of civil society.