From the saying to the fact: The advances of government under the gaze of Intelligent Citizenship and the Colunga Network

Smart Citizenship published their study called "Of the dicho al hthrew out" where they register the advances in the agenda proposed by the current government. Axes such as Education, Social Development, Childhood and Gender Equity are some of the points analyzed by the Colunga Network. 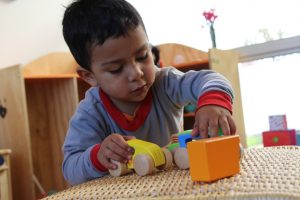 Strengthen transparency and citizen participation, is the purpose of the study "From the saying to the fact" of Smart Citizenship. Published at the beginning of March of this year, it charts the level of work carried out around the central axes of the government program of the second period of Sebastián Piñera.

As inputs for this study, all the legislative processes that the executive has sent or that are in process in both rooms of the Congress served. Octavio del Favero, Incidence Coordinator of Smart Citizenship, explains the importance of this study: "Of the dicho tol fact seeks to be a tool that facilitates the work of civil society in the promotion of public policies. From Intelligent Citizenship we are convinced that the thrust and participation of this sector is essential for quality legislative initiatives to reach port ".

Of the highlighted edges, Gender Equity and Childhood and Youth are positioned in the second and fourth place of advancement, respectively, of a list of 20 categories. For María José Guerrero, President of the Observatory Against Street Harassment (OCAC) and member of ColungaHUB, this is because, in this matter, "the executive's agenda takes initiatives that already existed and only puts urgency".

"While there is a willingness of the executive to deepen gender issues, there are many people in his sector who do not. We believe it is important to move forward and that, in the three years that remain, the entire conglomerate can work for the recognition of the rights of people, "he adds, referring to what is expected to happen within the next few years. Projects such as the "Ley Pack", which seeks to strengthen measures against the disclosure of private material without consent, has the advice of the Observatory.

In matters of Childhood, the proposal to create a subsidy system for pre-school education registers a first advance and implies universal access to early childhood education. Ángeles Castro, Executive Director of First Childhood Foundation, says: "There is an urgency in working in early childhood, thinking that the first years are critical and that preschool education has very low coverage. The solution is not only to increase subsidies, but also to improve the training of work done with young children and how families are integrated into this process. That's something that we've been working with the foundation in several communes. "

For José Murillo, Executive Director of Foundation for Trust, debt in childhood transcends periods of government. "Chile is one of the few countries that does not have a law that guarantees the rights of children and adolescents. Despite the fact that five bills have been submitted to date, there is still no consensus and we hope that progress will be made on this issue, urgently. In addition, we believe that it is important that the Undersecretariat of Children has more powers and that it has local offices that specialize in the rights of children and that have a focus on rights, "he says. 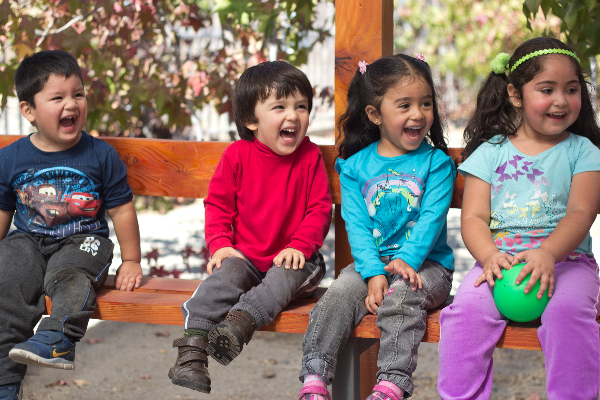 At levels of education and inclusion, there is still no progress to improve the School Integration Program, which means sending a law that reflects the special educational needs and curriculum homologation. In this regard, Isabel Zúñiga, President of My Talents Foundation, comments: "Today we have an agenda adrift. There are not even definitions that indicate that we are going to reach a certain point, be it good or not, what is worrying ".

On the role played by the "Fair Admission" bill, Isabel Zúñiga adds: "We believe that the admission system that had been approved in the previous government was a very important step towards inclusion and we do not want that to be reversed. We are not among those who believe that what was approved was perfect. It can be improved, but in no case dismantled. "

For Colunga it is essential to contribute in the construction of public policies. Arturo Celedón, its Executive Director, details the advocacy work carried out by the foundation: "We promote research in areas where we do not have relevant criteria to make sound decisions. We work with universities, study centers and other social organizations. On the other hand, we support the scaling of projects, in such a way that they can have impact and relevance in the discussion and discussion tables. "

Fundación Colunga is part of tables 2 and 7 of the program Country Commitment, which deal with issues of intrafamily violence to women without their own income and problematic drug and alcohol consumption, respectively. In addition, the project "Vigilantes for Children"Of Intelligent Citizenship, which monitors and analyzes the commitments acquired in the National Agreement for Children, is supported by the Partnerships Fund.

"For public policies to be effective, they need the active collaboration of the different components of society. For this reason, Fundación Colunga supports different projects that have the potential to impact on how the social policies of our country are built, designed and evaluated ", concludes the Executive Director of Colunga.