Pro Bono Foundation and the Carey Law Firm They made a talk at Fundación Colunga, with the objective of clarifying doubts regarding the Constitutional Process that will begin in April in our country.

The Constitution It is the most important law in the country because it regulates how power is exercised and what are the fundamental rights of people. 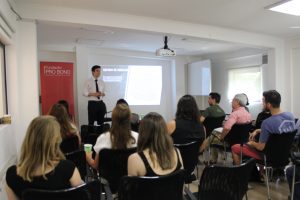 What are the mechanisms to write the new Constitution?

It can be done through:

Constitutional Mixed Convention: The new Constitution is drafted by a group made up of congressmen and citizens, especially elected by the citizens for such work.

Constitutional Convention (Constituent Assembly): Group chosen entirely by citizens, with the sole purpose of drafting the new Constitution. The rules about who can be members of the assembly depend on what is agreed in each country.

In the event that it is voted that a new Constitution is to be drafted, the election of the representatives of the Convention would take place in October 2020. They will have 9 months (with 3 months more extendable), to write the new Constitution.

Then, a ratifying plebiscite will be held, where it will be consulted whether or not you agree with the new text of the Constitution (mandatory vote). This will depend on whether the new one is promulgated or if the current one is maintained.

“We are all different, we have different realities and finally what the Constitution does is try to match the differences we have. We can all contribute so that this Constituent Process achieves that these differences are less and less, ”he said. Alejandra Ferreiro, lawyer of the Carey study. 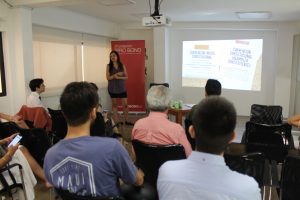 Generation of change: Girls who dare to fight for their rights