Active citizenship and participation of children and adolescents

The voice of childhood has to be heard to transform its own reality. From that base America Solidaria, Honeycomb Foundation Y Santa Ana Foundation They start when incorporating children and adolescents in their projects and initiatives.

How do they participate and why is it so important to hear what they are saying?

This we were told:

“It is essential to generate instances where what teenagers have to say about their own realities is heard. Our experience tells us that they they usually reflect on the problems of their environment and the possible solutions. This is what we have seen in the meetings we have held with Unicef and Injuv, throughout Chile, and where more than 450 teenagers have participated, generating subsequent work with various municipalities. Today they have to get involved, especially in the decisions that affect them, ”he says Tomás Reyes, Executive Director of América Solidaria Chile. 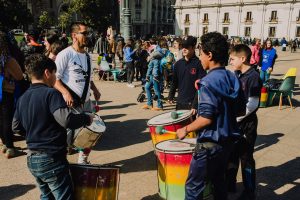 The same goes for Panal, who works directly with youth projects: “Our work is based on the participation of young people, who identify problems in their educational communities and devise, in a collaborative way, solutions or change actions that they themselves can implement We believe it is key for young people to communicate their problems, but also that are able to propose and drive solutions", He says Luis Mejías, Executive Director of Fundación Panal. 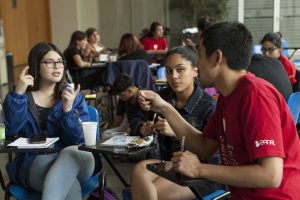 Although they do not have an established form of participation, at Casa del Encuentro in Fundación Santa Ana, children share voluntarily through free play. "Participation arises in the very fact of sharing a social space, where according to the particularity of each child you will find your way of joining what happens in the place," he says. Maria Ignacia O'Shea, Director of the Santa Ana Foundation. And he adds that listening to children's voices is to consider them subjects of words and rights: “The children's voices are not only heard through the explicit words said; but also in all manifestation and expression. Voices involve gestures, movements, noises and games. In this way, to listen to children's voices is to know them, to know their tastes and interests, as well as to place them in dialogue with the other voices of the civil world, with adults. ” 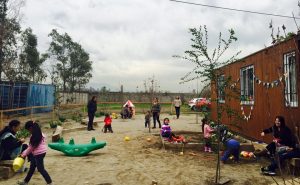 Various experiences of participation in social organizations, which remind us that children and adolescents must be heard and seen as people with the right to express what they need and want to live a full present.