The lack of protected places for boys and girls was one of the triggers for the Santa Ana Foundation to create the Casa del Encuentro in The Pintana. Five years have passed from that and although they came to Renca Two years ago, they have a clear goal: to scale the program to the largest number of communes in the country.

The House of the Meeting, the winning project of the Colunga 2018 Strengthening Fund, is a space designed for children between 0 and 6 years old who, in the company of at least one caregiver, can participate and function freely in an environment of early socialization. It also receives pregnant women. 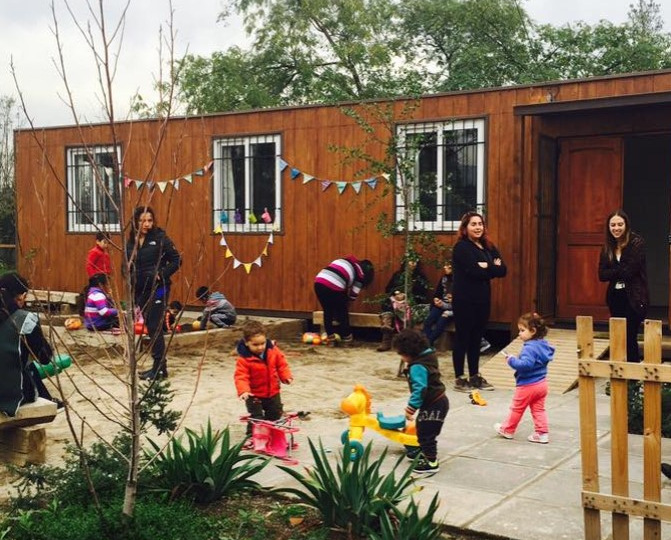 What characterizes the Casa del Encuentro? There are no workshops or defined programs, which allows to host the daily routine of each family and embrace spontaneity. The space has professional support to share the concerns and difficulties of parenting. It has material to intend the interaction and socialization of children and is inspired by the device of Green house of the French psychoanalyst Françoise Dolto, created in 1979.

"This is a safe space in terms that you can talk about anything proper to the upbringing and children can also deal with tranquility and security," he says. Trinidad Avaria, Executive Director of Casa del Encuentro.

To evaluate the impact, verify the effectiveness of the program and determine the minimum standards for this device to be replicated successfully in other territories, is that Santa Ana Foundation applied to the Colunga 2018 Strengthening Fund.

"We would like there to be a Casa del Encuentro in every commune in Chile. What we want to strengthen with Colunga is to find a way to open more houses, without losing the job of deeply understanding the cultural and social characteristics of each neighborhood ", highlights Trinidad.

Another goal that was proposed is to influence public policies. "We want to show this way of intervening from the everyday, without pathologizing the upbringing and its difficulties and also not putting the weight of the upbringing on the mothers. In Chile, a lot happens feminization of parenting. There is an area where public policies have tried different measures that do not recognize the importance of the neighborhood and socialization in the process ", concludes Trinidad.