2020: The health of girls and boys in serious danger due to climate crisis

Girls, boys and adolescents (NNA) around the world have the right to grow and develop in safe and healthy environments, as guaranteed by the World Convention of Children's rights. However, at the recent COP25 climate summit, the Global Climate and Health Alliance with the World Health Organization (WHO) have warned about the enormous threat that the climate crisis implies for millions of human beings, especially those most vulnerable such as children. 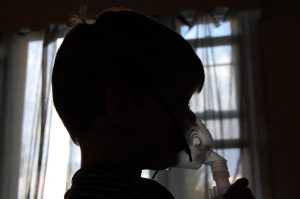 The figures reveal that 90% of the world's children under 15 years old (around 1.8 billion) are in serious health danger due to the air so polluted they breathe, and many even end up dying from respiratory infections, according to a report delivered by WHO.

Chile -classified as one of the 10 most vulnerable countries of the world before the climatic threat - lived a dramatic situation with the massive intoxication of children and adults in the sector of Quintero-Puchuncaví, localities where one of the largest industrial complexes of the country is located and that has been declared a zone of sacrifice. In this regard, the Medical College prepared a report pointing out the terrible health effects of the population that has caused the emanation of high concentrations of toxic gases, whose consequences range from cancer to genetic mutations. 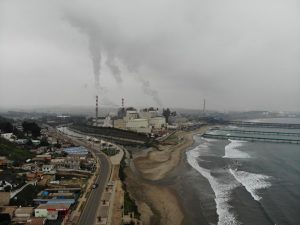 This year will be crucial to act, warned the UN Secretary General, António Guterres, on December 11 at the close of COP25. "In 2020, we must deliver what the scientific community has defined as a duty, or we and each generation that follows will pay an unbearable price," he said, pressing countries to meet the commitments of the Paris Agreement and transform the gray economy into green.

Greta Thunberg, the young Swedish activist, also called on world leaders: “The greatest danger is not the lack of action, the real danger comes when politicians and senior executives act as if they were really moving forward while not it does nothing, except cunning accounts and creative public relations, ”he emphasized.

How to reduce the effects of the crisis?

More than 600 Chilean scientists from different disciplines and regions of the country, they prepared a document with 183 proposals for actions and recommendations that allow Chile to adapt and mitigate the effects of climate change.

The conservation, management and restoration of ecosystems constitute the main way of guaranteeing climate regulation: “These services must be guaranteed by the State, since they are fundamental for life, habitability of territories, productive systems and social welfare ”, they affirm.

2020 is seen as a transcendent year for the future of the planet and humanity, which will test the political will to carry out the necessary actions. It will be a duty of all - States, companies and social organizations - to work together to reach agreements that allow the fulfillment of the protection and security promised to children and adolescents, as time progresses against the clock. 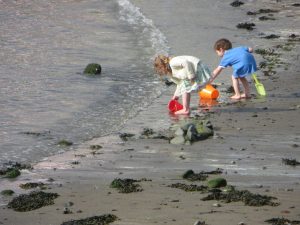