October 12: a look at indigenous children

Following this unique date for the Americas, we want to rescue the actions that arise from civil society to build an intercultural world. 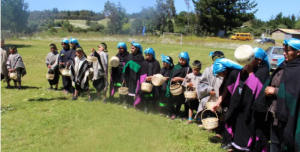 This holiday on the calendar commemorates the discovery of America by the navigator Christopher Columbus in 1492, a journey that marked, among others, the beginning of contact between Europeans and natives.

However, currently, the indigenous population is one of the most violated sectors in their Human Rights, as stated by the UN Committee on the Rights of the Child in the last report sent to the Chilean State in 2007, where concern about “The high degree of correlation between poverty and indigenous origin and for the de facto discrimination that indigenous children continue to suffer, particularly in education and health”.

According to data provided by UNICEF, more than 392 thousand children and adolescents belong to a native people in Chile, a group that concentrates the highest rates of vulnerability and social exclusion of various types. To this, it is added that only 3.7% of this universe speaks and understands the language of its culture, causing the loss of ancestral knowledge.

From civil society, there are organizations that work to promote the development of intercultural societies that value the contribution that these identities give us in the 21st century. 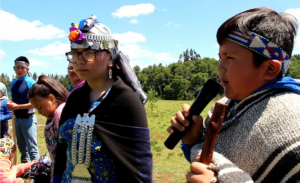 The Citizen Observatory It focuses on the defense, promotion and documentation of Human Rights in Chile and Latin America, emphasizing the rights of indigenous peoples and local communities.

For Karina Vargas, in charge of the Indigenous Peoples Rights Program, “The commemoration for October 12 seems to us to be an important date for the resignification that indigenous peoples across Latin America have been doing on it. It expresses not only its resistance processes, but also a greater empowerment of its identity. ”

On the other hand, it rescues the contribution that means keeping indigenous cultures alive in our society: “An example of their contribution, without a doubt, is their knowledge for the conservation of forests, territories and resources in a sustainable way. It becomes fundamental in the climate change situation that we are currently experiencing. ” 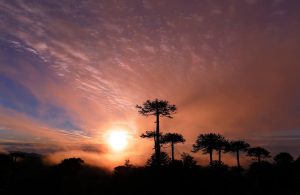 In this context, the Mapuche Newen Corporation, supported by the 2017 Innovative Fund of Fundación Colunga, has been developing a Mapuche education methodology for a decade in rural schools in the Araucanía region. The proposal seeks that children learn ancestral knowledge of their culture in their own spaces.

“The Itinerant School proposes an integral education to the new generations, based on the coexistence of everything that inhabits the universe,” says the Mapuche Newen team, led by Gabriela Quilaqueo, Executive Director. “Despite living and re-living the colonization of an alien model, the Mapuche people continue to fulfill their role of caring, protecting and projecting all lives, based on their own philosophy, spirituality and their relationship with all spaces and beings” concludes 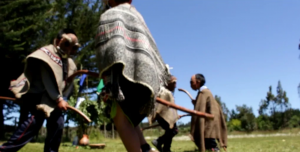 Without a doubt, we are called to continue joining forces to achieve respect for our native peoples and a really effective integration.

Colunga is already part of the Dorapp network of social leaders!