"Vigilantes por la Infancia" is a platform that will allow citizens to exercise social control over those who make decisions regarding childhood. 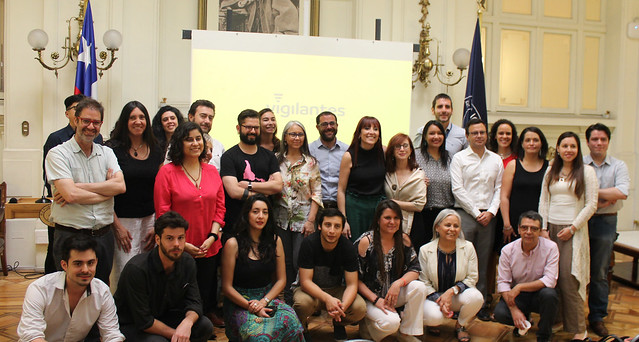 As of today the citizenship will be able to verify that the agreements and measures adopted by the "National Agreement for Children" are being fulfilled thanks to the "Vigilantes por la Infancia" platform launched on Monday at the former National Congress.

The initiative arose from the alliance between the Intelligent Citizen organizations, the Community of Solidarity Organizations and the Foundation for Trust, with support from the Colunga Foundation and will be available on the website www.vigilantesporlainfancia.cl, so that any person can be an active part in the control of the 94 administrative and legislative measures of short, medium and long term, encompassed in three axes: universal protection, at risk and violated, which were announced in the "National Agreement for the Childhood ", promoted by the Government.

"This platform is fundamental so that, from civil society, we can monitor the real progress in the agreements adopted in matters of childhood by the Government, and it is also an invitation for citizens to actively participate, report and demand compliance. of these commitments. The most important thing here is the care and protection of our children, "he said. Nicole Romo, director of the Public Policies Area of the Community of Solidarity Organizations.

The platform already contains an analysis of the commitments acquired in the National Agreement for Children, and also measures the level of compliance with the various proposals made by the current administration.

"We believe that" Vigilantes por la Infancia "will be a very useful tool to measure the progress and compliance of agreements that were adopted in a transversal manner and on which there is a broad consensus. We can not allow our children to continue suffering without anyone taking action on the matter, and for this an alert and informed citizenship is fundamental, "he explained. Octavio Del Favero, Smart Citizen advocacy coordinator.

To obtain the results that are already exposed in the platform, a consultation was made to 60 specialists in different areas and organizations, who delivered the technical elements to weigh the weight of the measures. In addition, the progress of the bills and administrative measures was monitored.

"The results that we show in" Vigilantes por la Infancia "focus on what we consider to be the most urgent issues, such as the creation of a Child Rights Guarantees System, in which indications were recently added, discussion that is of vital importance to our children, "said the Coordinator of the Observatory for Trust, Gabriel Guzmán

On the other hand, from the Colunga Foundation -which supported the initiative- they highlighted the importance of the perspective of public policies that can be built on childhood issues. "We support an initiative like this, because we believe that society as a whole must take charge of such a relevant issue as the care and construction of necessary public policies in the field of childhood," he concluded. Arturo Celedón, Executive Director of the Colunga Foundation.