Women of different generations met at Fundación Colunga to reflect on the challenges that Chile has in relation to the rights of girls and adolescents, in a meeting organized by UNICEF, Brave Girls Foundation and the NGO Rebellion of the Body.

The activity was carried out with a work methodology that consisted of dialogue through conversation circles, which allowed the participants to share their personal experiences to end in collective political reflections.

Among the main conclusions of the meeting, the importance of improving mental health was highlighted; educate about dating violence; put an end to beauty stereotypes recognizing the diversity of bodies; foster support groups among women; and the need to educate in sexual health.

These conclusions emerged at the meeting were taken on January 31 to the XIV Regional Conference on Women in Latin America and the Caribbean, organized in Santiago, Chile by ECLAC, with support from UN Women. In the instance, 33 States pledged to eradicate gender violence in Latin America and take all necessary measures to accelerate the Regional Gender Agenda.

Daniela Tejeda, Coordinator of Teen Participation of UNICEF Chile, pointed out the importance of this instance: “Little by little we were building a scale of elements that were super important to reach the Conference, and thus highlight why they are important for us and why what will continue to affect the new generations if we do not solve them ”.

Check here the photo album of the meeting and the conclusions of the participants in different fields, such as education, violence and health, among others: 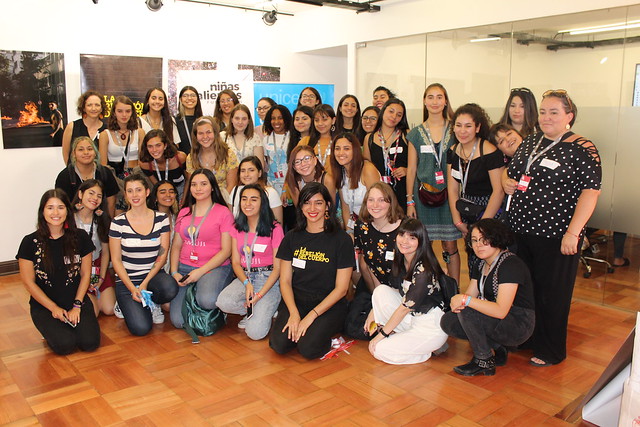